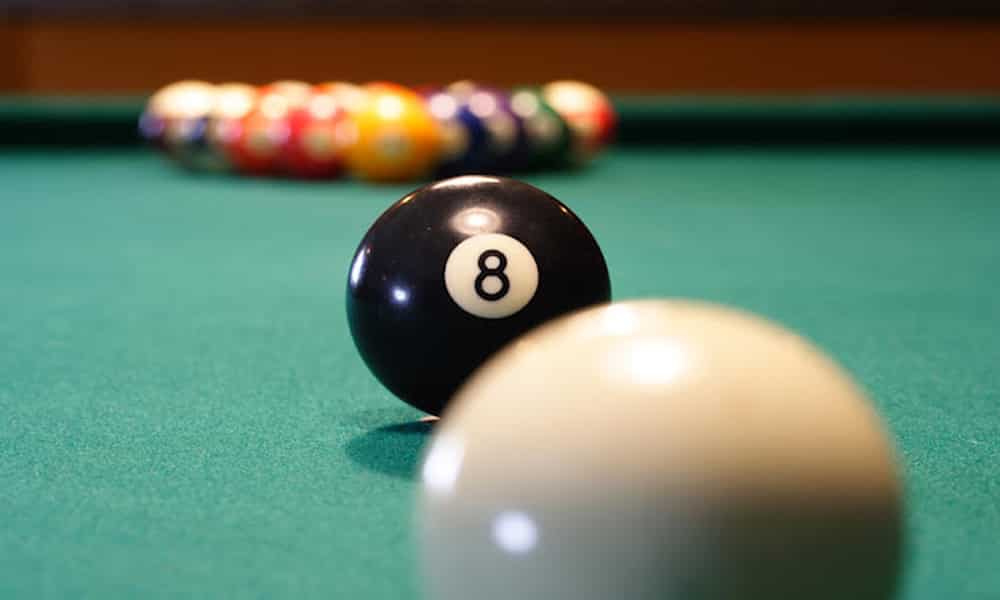 You must have watched or played the game of pool or billiard where black ball is numbered 8. According to the rule, black ball has to be hit last into pocket. If a player hits the black ball before finishing other balls into pocket he loses the game.

There is a white ball, through which a player hits the other balls into pockets. Sometimes black ball stops in front of a white ball, in that case player comes in a very difficult situation. In order to not to touch the black ball, player prefers not to hit other balls. His turn goes in vain. The other player gets benefit of it.