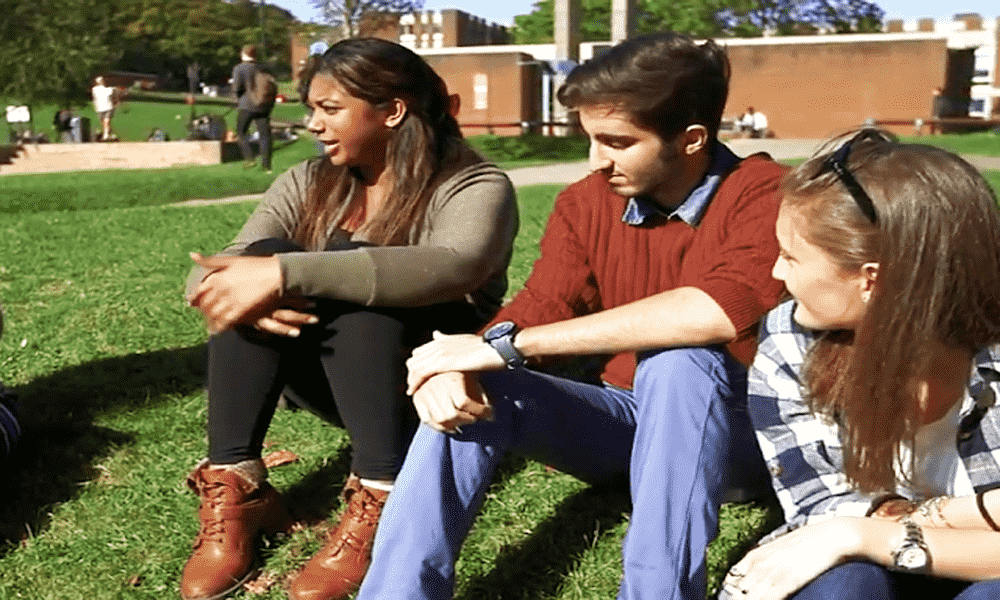 UK is among one of those countries which students from all over the world prefer for higher studies because of its prestigious educational institutions and its multi-ethnic culture.
Adapting to new conditions or environment have always been tough for international students, so newbies are always inquisitive about what the difficulties that they will be facing when they will arrive in UK.

A woman from UK STUDY BuDDIES went to meet three international students of  Sheffield International College in order to know how they have adapted to life in UK.

Dayna: I did an international foundation here last year.

Shayan: Same, I did a foundation. So, it’s like almost one year and a half.

Julie: It’s been a year and half for me as well.

Dayna: You can really expect anything when you move. When I came here, I didn’t know things like how to take the bus, or what groceries to get at the grocery store, but I think after a couple of months of doing it over and over again, getting lost a couple of times, you kind of figure it out!

Shayan: My main language in my country is not English, like I was having problems with talking to people, how to get somewhere, how to buy stuff. After some time that I was here I got used to it and my English got better.

Shayan: When I first came here the sense of humor like when I was talking to British people and when they were saying something funny I couldn’t understand at all. I was just seeing their smiles, so I was just thinking they probably said something funny so I have to laugh like haha.

Dayna: Moving to England was one of the biggest culture shocks that I faced, and it was because of the sense of humour, but I think that after spending more time with people and kind of understanding their personalities and how they get on with other people, it kind of became second nature to act the same way.

Julie: It just takes time to get used to anything and to people.

Julie: I still haven’t adapted to the currency here, I always convert it to my own currency to understand the value of it.

Shayan: I think the best thing to do is don’t convert it and try to get used to it actually.

Dayna: I remember being in a queue trying to pay for a pastry and it’s the most complicated thing to try and get out pence, but once you calm yourself down and just say, I don’t know the system, I’m not sure about it, I’m going to let myself take an extra two minutes to sort it out, then it becomes easier.

Julie: I think especially that I come from a country where there is basically two seasons, it’s nice to have a full round of four seasons to experience here. You get the rain, but again you get the sun as well, so it’s a good balance.

Julie: Yeah, a lot of socks!

Dayna: I think that moving to university in itself is a great opportunity for any student, but particularly being on your own in a country gives you the opportunity to be independent and I think that’s the most pleasant thing that I’ve surprised myself with.

Shayan: I agree with her, it’s exactly the same thing. Being independent is actually feels good.

Julie: I think independence was definitely the first thing I learned, but I think in general the life here is a lot more laid back and casual, which I definitely like, and it’s a lot more approachable; you can just approach people and talk to them and they’re all very open.